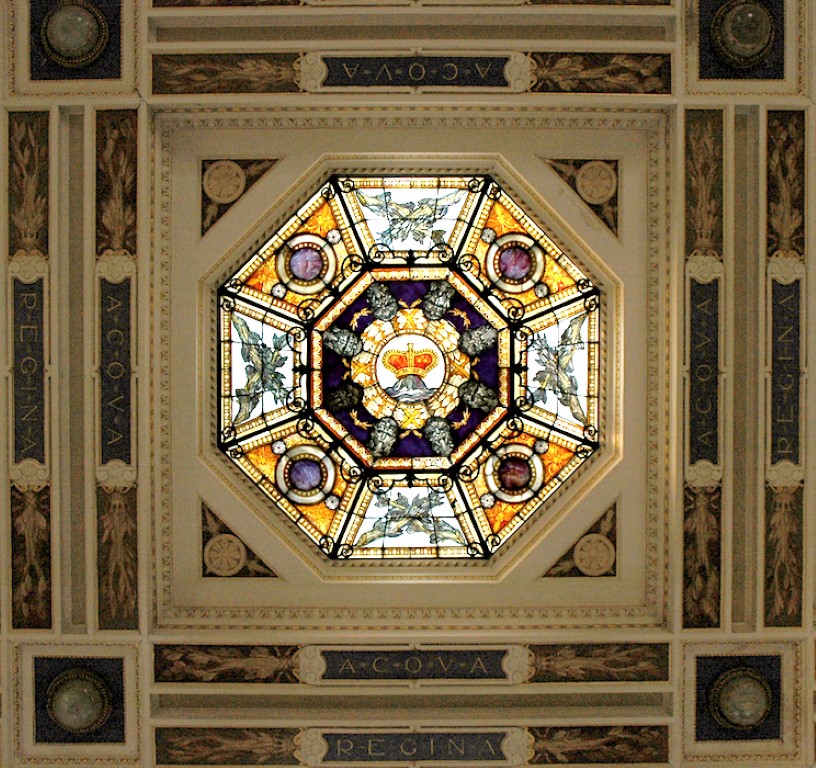 Montecatini Terme is located between Florence and the Versilian coast; being close to the mountains of Pistoia, it enjoys great weather conditions, especially in Winter, as it is sheltered from the cold north wind. Montecatini is also blessed with the presence of unique thermal water springs, thanks to these benefits we can understand why Montecatini became a protagonist of luxury life from the end of the IX century until the 1960’s.
With regards to the history of Montecatini, in the XIX century it was transformed, thanks to the decisions of Grand Duke Leopold II of Lorena, into a welcoming and cosy thermal city, with splendid boulervards and hotel facilities able to host thousands of tourists, attracted by the good weather conditions, the delicious food and SPA treatments.
Since the second half of the 1800’s, Montecatini has enjoyed the presence of many VIPs, amongst whom the famous worldwide composers, Giuseppe Verdi (the city dedicated him the bronze statue in the picture), Pietro Mascagni, Ruggero Leoncavallo, Gioacchino Rossini, and writers Luigi Pirandello (Nobel Prize in 1934) and Trilussa, a famous stinging satirist.

These celebrities often mingled with the tourist crowds that came to Montecatini to spend their vacations and enjoy the thermal treatments and waters in the various thermal buildings, which can be found in the city center in and around Verdi boulevard:

Let’s begin our itinerary with the most fascinating thermal building from the artistic and architectural point of view: Tettuccio.

TETTUCCIO, JEWEL OF ARCHITECTURE AND ART
At the end of the Verdi boulevard, standing majestically, is Terme Tettuccio, it has a gorgeous neoclassical facade. Its name is probably due to the fact that in ancient times the salt here was extracted from a water spring covered with a canopy.

Rebuilt in XVIII century by architect Gaspero Maria Paoletti, it was renovated by the architect Ugo Giovannozzi in the years between 1920 and 1930. The interior has wide covered and open spaces, with huge colonnades made of travertine which were mined from the nearby Monsummano quarries.

Situated on the right side as we enter, is the famous Fontana della Sorgente, an artwork by Sirio Tofanari, which overlooks a wonderful circular water pool surrounded by a colonnade.
Heading inside, the galleries, halls and spaces are adorned with decorations, coloured glass walls and artworks by masters Galileo Chini, Ezio Giovanozzi, Giulio Bargellini, Alessandro Del Soldato and Giuseppe Moroni. Inside we are immersed in a concentration of art and beauty. Giulio Bargellini, together with Maria Biseo, made the wonderful decorations inside the Sala del Caffè. If you would like more news about Galileo Chini, please read this article.

The Beauty (La Bellezza) is one of the artworks that mark out the Galleria delle Bibite, a colonnade with a wall adorned with multi-coloured panels, artworks by Basilio Cascella. These painted panels overlook the fountains of the waters of Montecatini, famous for their healthy properties. The Portoghesi Room (Sala Portoghesi) another jewel of art and architecture, takes its name from the designer who built it in 1986, it’s unique for its wooden columns and multi-coloured marble.

TERME REGINA, THE FROG AND THE HERON
In the wonderful park that surrounds the Tettuccio complex, we find the Terme Regina, the most antique building, with waters used to treat the hepatic system. The Terme Regina is built in the neo-renaissance style of Ugo Giovannozzi, with a gorgeous arcade and internal Liberty decorations.

Just in front of the Regina building, a few meters from the main entrance, we find The frog and the heron (La rana e l’airone), a bronze sculpture (see the picture) on a Carrara white marble base, this artwork is by the florentine sculptor Raffaello Romanelli (Florence, 1856 – 1928) who was internationally renowned, in particular in the USA (Kansas City dedicated a public park to him) and in Romania, where he was appointed “official artist” of the royal family.

LEOPOLDINE AND THE FUKSAS PROJECT
Positioned halfway along the Verdi boulevard, stands Terme Leopoldine which was built in the second half of the XVIII century (1787) in neoclassical style. The waters here are very hot and have a specific mineral composition, which can treat the intestinal system. In 2009 restoration works began, the new and futuristic project was by the architect Massimiliano Fuksas, with a thermal water pool of over 2.400 square meters and a wellness center of over 4.800 square meters; the intent was to combine the traditional “romans” SPA (salus per aquam) treatments (calidarium, tepidarium, frigidarium), with innovative technologies, dedicated to the wellness of body and mind.

TERME DELLA SALUTE
A few hundred meters from Terme Leopoldine, is Terme della Salute (Via della Salute, n 20 – see the aerial view). This building is named after the water spring that is known for its healthy properties, in particular with reference to the digestive system, as documented by the medical literature of the XVIII and XIX century.

TERME REDI
This complex is positioned in Viale Bicchierai and is named after one of the fathers of modern medicine and biology, Francesco Redi, who had recognized the exceptional properties of the Montecatini waters. Restored by the architect Oreste Ruggiero, and inaugurated in 2009, Terme Redi offer many treatments such as: mud baths, hydro-massages, ozone baths, massotherapies and physiotherapies; plus inhalation treatments using the latest generation electronic equipment.
There is a comfortable reception area, a pediatric department, medical offices, inhalation rooms and a room dedicated to pulmonary ventilation. The large physiotherapic rehabilitation area has thermal pools designed and equipped for the treatment of the vascular system, and two gyms.

TERME EXCELSIOR
This elegant building was built in 1909 in Liberty style, with the City Casinò (Casinò Municipale) and the Grand Café (Gran Caffè). In 1915, following a new project by Ugo Giovannozzi, it was restored and partially converted as a SPA building, with a beautiful loggia and three arcades overlooking the south facing garden. In 1968 the building was modified, to allow the addition of new spaces dedicated to wellness as well as the traditional water therapies. Since 2002 up to the present day the Excelsior, which maintains the Liberty style on the Southern side, includes wide lounge areas for client relaxation, and rooms dedicated to the latest beauty and wellness treatments.

TERME TAMERICI AND TORRETTA
Terme Tamerici was used to host important cultural events; its name comes from the presence of plants that were prevalent in this once marshy area. Built following the plan by architect Giulio Bernardini, this residential complex is surrounded by a large park. The park is open to visitors, and the interiors can be seen on occasion of scheduled events.Inside, the Sala della Mescita is adorned with Liberty decorations, glade ceramic panels, masterpieces by Galileo Chini, whose work can also be seen inside the Gran Salone.
The Terme Torretta, is at this time closed for restoration, it takes its name from the little tower that the architect Bernardini built on an ancient property which was home to Conte Baldini. It has an elegant monumental front door, and internal colonnades, this with the large park makes it an excellent location for celebrations and musical events.

Montecatini Terme has an abundance of history, architecture and art; a beautiful city to live and see, and its ready to relaunch through the third decade of the third millennium!

If you like this article, please follow our magazine and social media accounts (Come and See Italy, on Facebook, Instagram and YouTube).
You can also subscribe to our Newsletter, and receive the latest news on this fascinating territory, and the excursions we arrange which can be tailored to your own specific requirements!