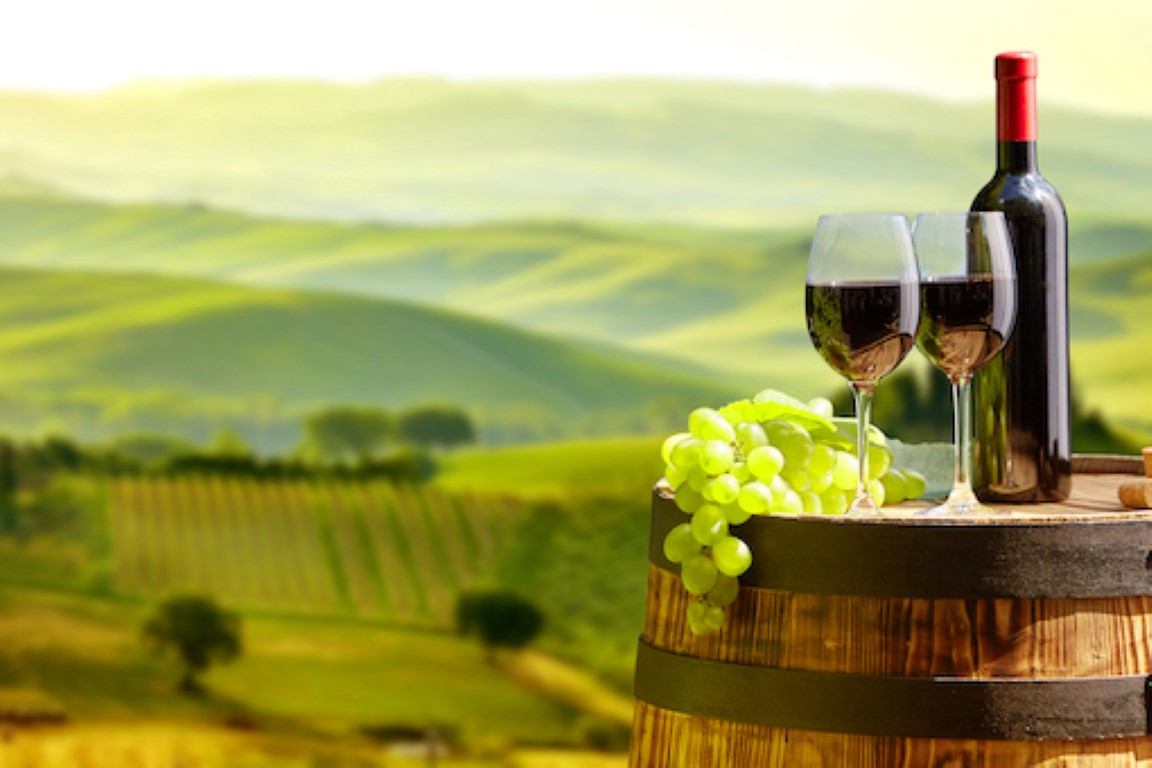 Nowadays Chianti is undoubtedly the most widespread and renowned wine worldwide, even more than Champagne. The Chianti wine DOCG is produced in the heart of Tuscany, a vast area among the provinces of Florence, Pistoia, Prato and Siena, with hilly areas, large terracing and valleys crossed by rivers and streams.
More in details, on 24 May 1924 thirty-three local wine producers founded the Gallo Nero Consortium to protect the brand and the denomination of the best Chianti wine. The Gallo Nero Consortium has been working very hard to promote the wine culture of Tuscany on international markets with several events.

CHIANTI AND ITS ORIGIN
The production of Chianti wine dates back approximately to Etruscan times, but the first DOC (Denomination of Controlled Origin) has been registered only in 1800, while the DOCG (Denomination of Controlled and Guaranteed Origin) appeared in 1967.
The production of the Chianti wine went on plentifully also during Roman Empire, outliving even the barbarian invasions. This happened thanks to the monks Benedictine of Vallombrosa, who encouraged the locals to take care of the grapes and vines, leading to the continuation of wine and olive oil production.

The word Chianti appeared for the first time on a parchment dated 790, referred to the specific territory, while it is only in 1913 that it started to be used with reference to the wine. Since the year 1000, the specialized and exclusive cultivation of grapes increased, thanks to low vineyards, which were planted in aligned rows.

During the Middle Ages, the production of the Chianti wine, following the monks teachings, obtained the much deserved level of appreciation, as it was officially launched in the XII century. The birth of Commons is strictly connected to this growth. Wine sales were an important resource, because of the resulting strengthened wealth, power and control over the territories. In the same period the habit of drinking wine spread out and from being an élite product it became a popular consumption. Wine started to get inside all houses, from the rich man to the farmer, and it was mainly employed to add flavor to water. Wine is now considered a real nourishment source and historic researches state that it was even used as medicine to treat illnesses.

As stated in official documents, in 1938 Chianti was a white wine, very different from the one we know nowadays. The white Chianti was renowned for its freshness and clarity, obtained thanks to the wine-making process adopted in 1634. Giovanni Durante and Roberto Bernardi were used to add raisins to remove impurities plus egg whites with almonds and salt to clarify it. The nice and bright color was obtained by adding pepper and rose.

Come and See Italy offers a wide choice of tours and experiences, like special wine tastings and lovely rides to admire the beautiful Tuscan landscapes and enjoy the hospitality of our selected wine producers.

Here are our best proposals:
https://www.comeandseeitaly.com/tour-category/wine-food/

Would you like to know which are the areas where Chianti wine is produced in Tuscan? In this article you can satisfy your curiosity.

Surprise: if you partake in one of our tours, you can share your experience with us on our social channels (Come and See Italy, on Facebook, Instagram and YouTube) or write a Review … a special surprise is waiting for you!